One time my business partner and I paid cash for a house and bought it in 3 days! The deal was agreed to on a Wednesday, and we closed on that Friday.

I’ve been marketing “I Buy Houses, Fast Cash” for years, but I have to admit this was a first. Our previous best was another cash closing in only 2.5 weeks.

There are a couple of reasons I want to tell you about this deal. First, it’s just an interesting story that might inspire you to buy your own real estate investments. Second, it reinforces the importance (and profitability) of being able to buy a piece of real estate quickly.

But before I tell you about my deal, I want to tell you a similar story about Warren Buffett. 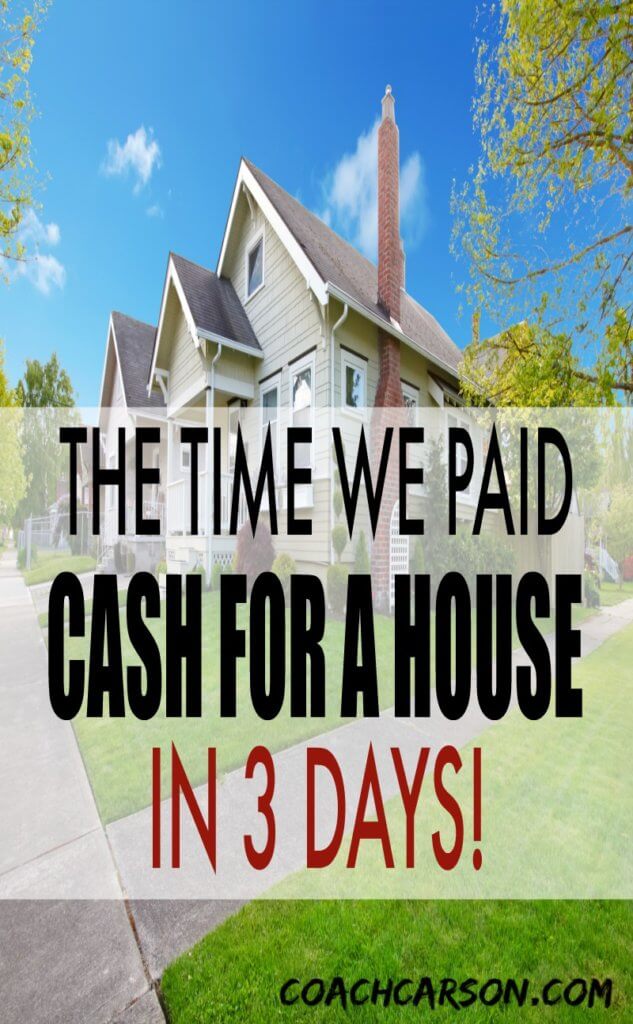 During and soon after the 2008 financial crisis, three well-known companies, General Electric, Goldman Sachs, and Bank of America, faced similar problems.  Like many other businesses in America, they were running dangerously low on short-term cash.

The companies all had good long-term business models, but they were all affected by the mortgage crisis.

So, as the general public panicked, other lenders and the stock market would not give these companies the short-term cash they needed. And if they didn’t receive cash, they risked losing everything.

So guess what all three companies did?

They called Warren Buffett and told him their dilemma. Buffett wisely decided to give them the money they needed, $3 Billion to G.E., $5 Billion to Goldman Sachs, and $5 billion to Bank of America.

What did all of that mean for Buffett and his company Berkshire Hathaway?

As of 2013, Buffett had made approximately $3.7 BILLION profit on his $5 Billion Goldman Sachs investment and over $1.4 BILLION on his $3 Billion G.E. investment (see details on the GE deal here and here). And by the way, both companies already paid him his original investment back in 2011!

**Update: As of September 20th, 2018, Buffett and Berkshire still owned 13.2 million shares of Goldman Sachs at $237.40/share for a total of $3.13 billion. Most of these were bought from the warrant given to Berkshire during the original deal.

And the Bank of America deal was the sweetest of all. As of 2017, his gains from dividends and the stock warrant were $13.5 billion!  Not bad almost tripling his money in 6 years!

So this was a VERY profitable and safe deal for Warren Buffett.

And as real estate investors, we can do the same thing.

(In the interest of full disclosure, I own shares of Berkshire Hathaway)

How to Apply Buffett’s Bailouts to Real Estate Investing

Think about the elements of Warren Buffett’s deals.

But even though the companies lacked short-term cash, Buffett saw that the companies were fundamentally sound and could be turned around.

Buffett quickly gave them cash when banks and the general public were too short-sighted. That quick, confident, creative cash infusion gave him his profits.

I look for similar characteristics when I “bail out” underperforming pieces of quality real estate.

The house we bought was in good condition with renters in place.  Our price was significantly below the full value,  and the rental income produced gave us a very profitable, steady return. This is like the dividends Buffett received on his investments.

This was good for us, but why did the owner want to sell under those terms?

Because the owner needed cash for another problem situation that could’ve resulted in big losses without a quick solution. Banks wouldn’t loan the owner money because of bad credit.  Other investors who might’ve been interested either couldn’t move that fast or just didn’t think creatively enough.

We also gave the owner something as important as short-term cash: hope for a recovery.

The owner retained an option to repurchase the property at a higher price. Does this sound familiar to the Buffett deals?  This gave the owner the ability to solve the short-term crisis and still own their investment property over the long run.

In the end, the former owner chose to walk away.  We would have been fine in either scenario, but we certainly were not unhappy with that result.

You’ve probably heard me recommend that you read the free Berkshire Hathaway Annual stockholder letters. Getting an idea that led to this deal is a perfect example of why you should. You never know what you can learn and apply from an old investing master like Buffett!

Where Can You Get Cash to Solve Liquidity Problems For Others?

I didn’t write this article to brag about our own deal.  The purpose is to encourage you to raise your own cash so that you can make good real estate deals, too.

Ask yourself how you can set yourself apart from the rest of the real estate market that gets their purchase money from slow-moving, finicky, and picky bank lenders?

Where can you get sources of cash? Here are a few ideas:

Get a Line of Credit

Can you get a line of credit on your existing home or assets? This type of loan is the quickest source of bank loans because you secure the funds before you need them. Once it’s in place, a line of credit allows you to just write a check like a checking account.

Be careful, however, that you invest this cash safely. If you can’t pay the line of credit back quickly, you risk losing your home!

This sounds obvious, but make a goal to not always be the borrower. Save some of your salary and your investment profits in an opportunity fund (vs a rainy day fund). When you can just write a check for real estate, you’ve set yourself up for big profits.

Find Partners With Cash or a Line of Credit

If you don’t have either source of cash, find a partner who does.  Partnerships, at their best, match two or more people who lack resources that the other partner(s) has. I started this way and still use this method today when I run out of my own cash.

Self-directed retirement accounts are a good source of cash for your deals. The process to borrow money from someone’s IRA custodian is not as easy as from your own bank account, but a good custodian can move fast. My IRA custodian, American IRA, can sometimes close the same week if the paperwork is all in order and funds are available.

So put your own cash purchase strategy together, and start looking for your own 3-day purchases.

Have you ever bought a real estate property quickly? What was your deal like? What obstacles do you have when trying to buy an investment in a short period of time?

I’d love to hear from you in the comments section below.

2 shares
Get a Quote for an Investment Property Mortgage 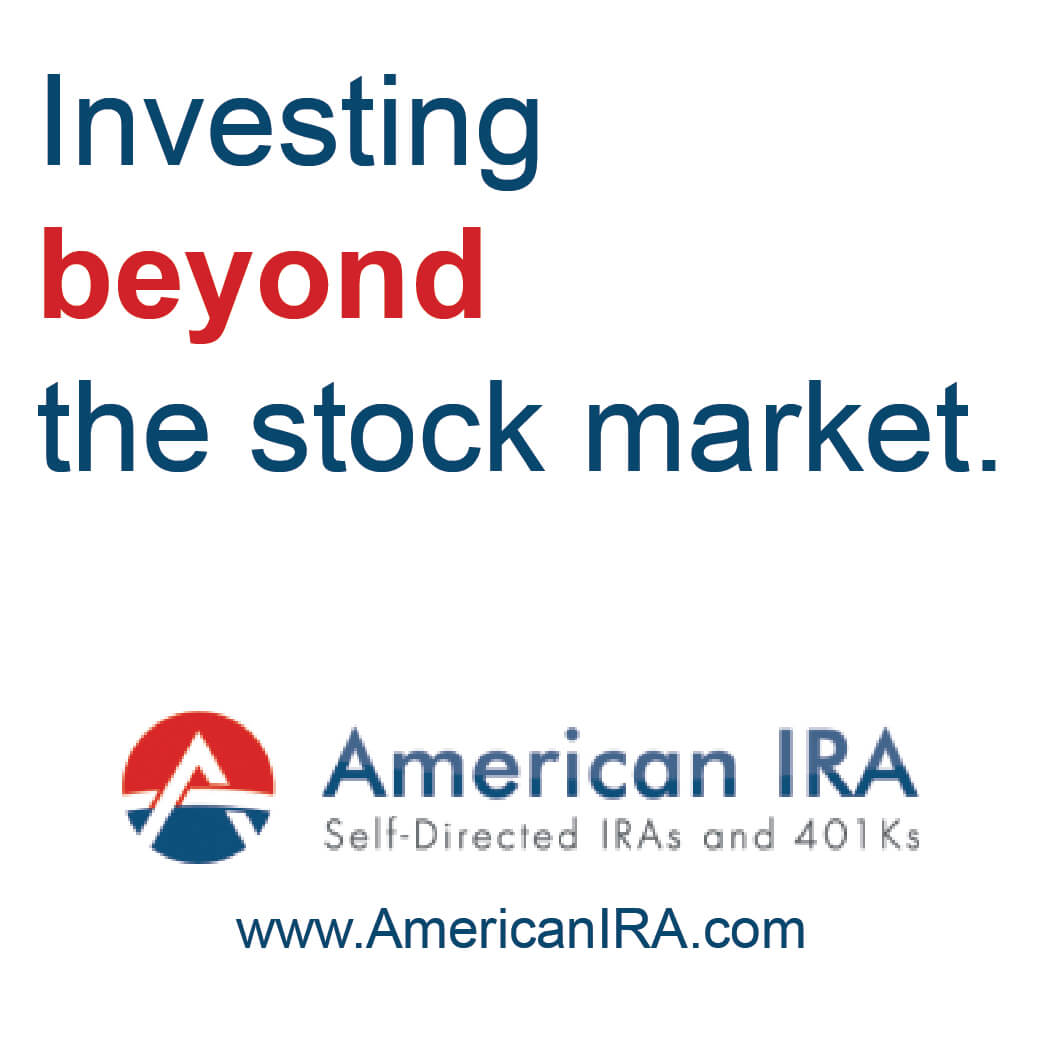